The job shown in the images below is one of NLC’s latest projects. Two vertical brise soleil panels that contain a series of blades that step down equal amounts each time to follow the line of a roof.  The blades are supported by two horizontal box section rails that were pre-loaded with fixed angle brackets at NLC’s factory. The blades were supplied with laser profiled end caps which were polyester powder coated to match the blades and supports. 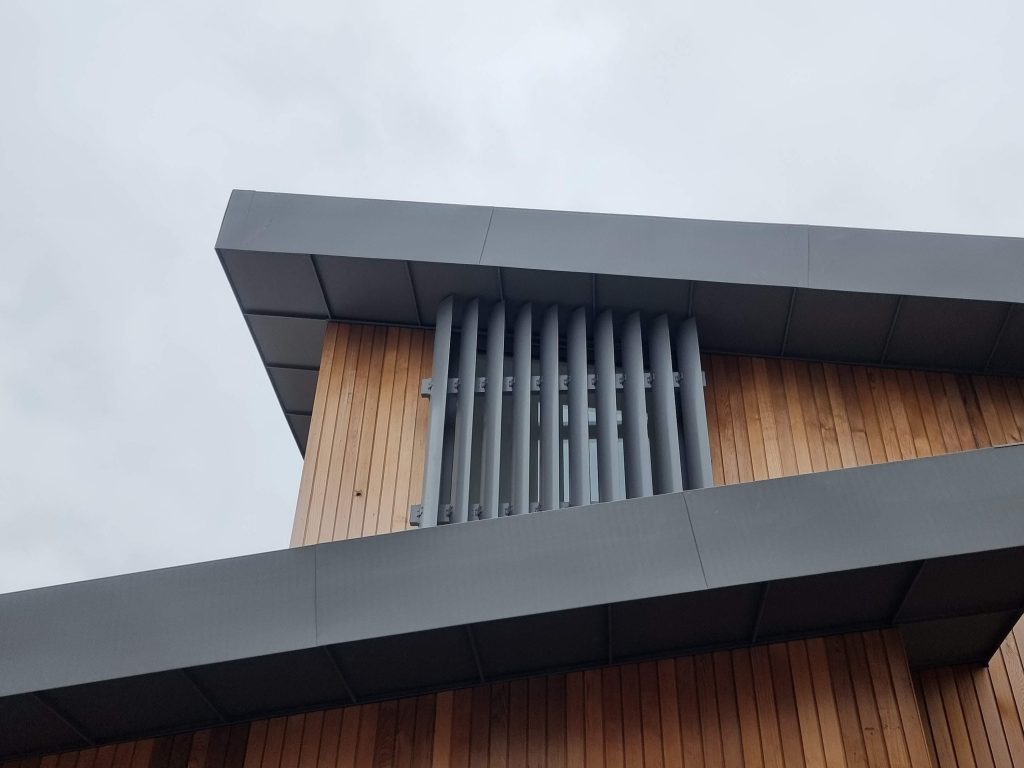 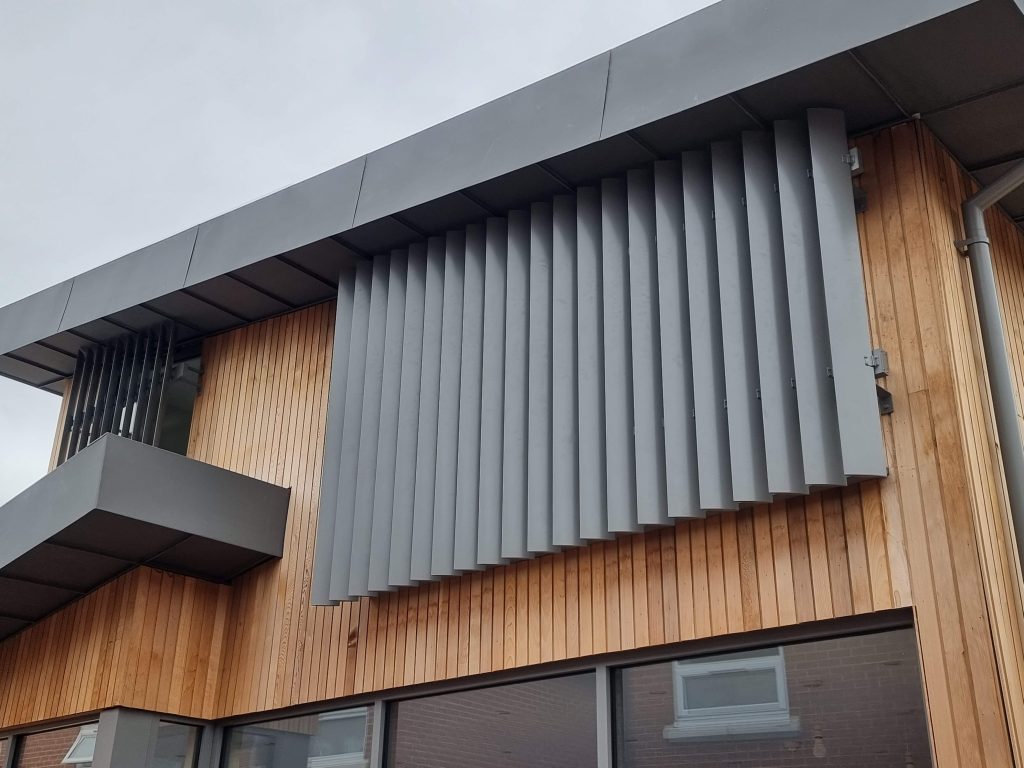 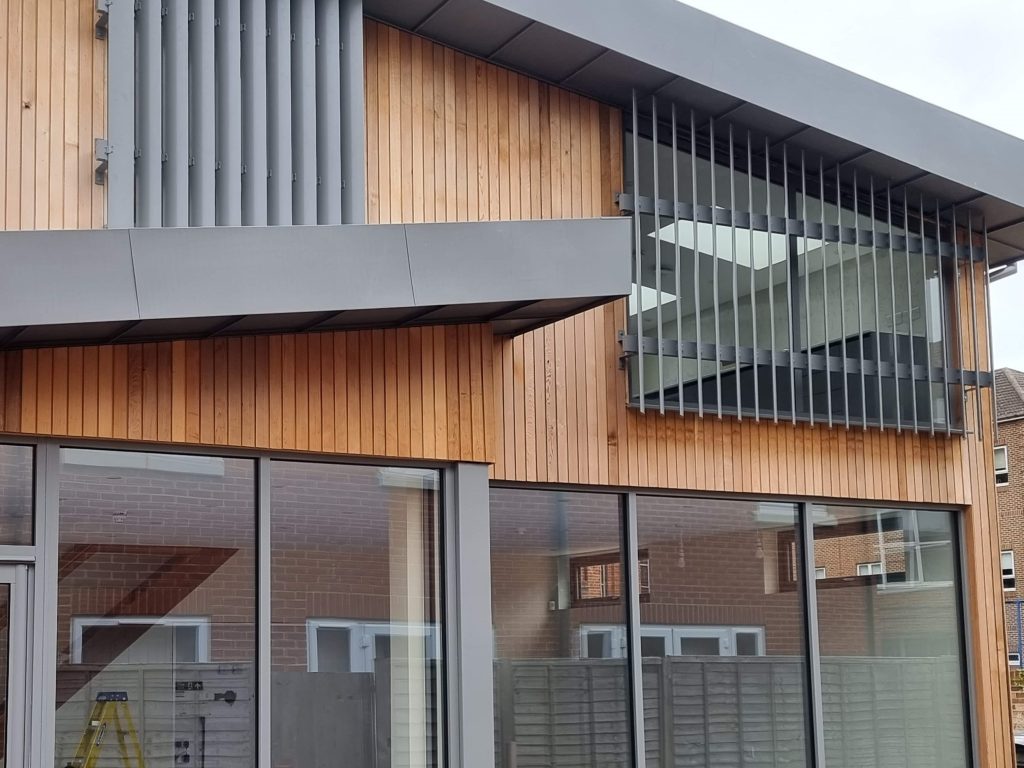 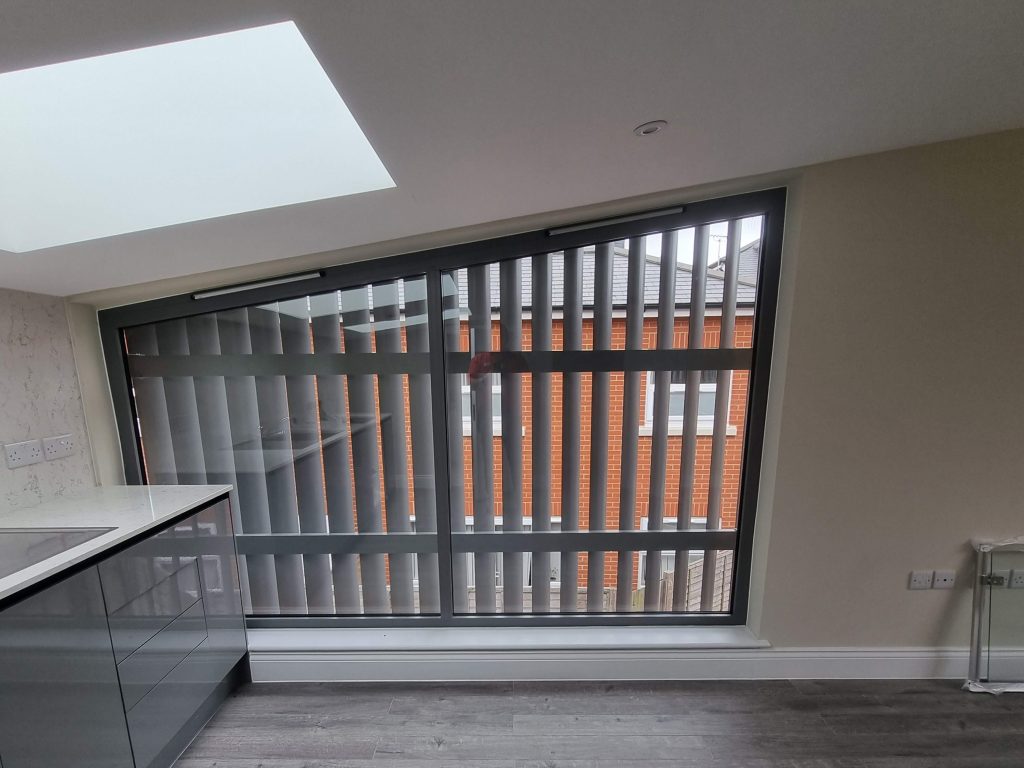