For office buildings the optimum summer time working environment should be approximately 24°C+/-3°C. Studies have shown this to be the ‘comfort zone’ for many people. When significantly exceeding these temperatures it no longer becomes just an issue of comfort but can quickly become a health and safety risk.

During the hotter summer months solar radiation can increase internal building temperatures to as high as 35 – 40°C. At these temperatures people are at risk of dizziness, fainting, heat cramps and in some extreme cases heatstroke or collapse.

Solar shading, (also known as solar control, sun louvers, sun louvres, brise soleil & sun shading) can reduce heat gain by as much as 80%. Solar shading panels can also enhance the appearance of a building by making an architectural feature of the panels and the way they can be supported. The reduction of direct sunlight during the summer months through windows on the building will automatically help to give the perception of a cooler environment leading to the occupants being much more comfortable and reducing health and safety risks.

In addition to heat benefits brise soleil can also increase energy efficiency by reducing the need for artificial lights year round. During the summer months brise soleil will block out the majority of the harsh summer sun whilst still allowing more natural light through than conventional blinds. During the winter months the sun sits lower in the sky allowing for more sunlight to pass through providing natural warmth whilst still providing partial shading.

Our Brise Soleil – Solar Shading system incorporates a soft line blade and facia to match state-of-the-art architectural needs. The system has a fully adjustable pitch which allows the ideal combination between light and thermal reduction. Easy to fit Brise Soleil is suitable for factory or site…

Elliptical, shaped, box section and angled blades are available from 50mm – 400mm profiles in extruded aluminium grade HE9TF. Alternately with the aid of CAD design and a CNC break press, blades can be formed to the customers own design and required size, in other materials such as perforated aluminium sheet, coloured glas fibre and galvanised mild steel.

Timber elliptical blade and rectangular blade in a number of different wood species is also available with aluminium or steel support framing.

Solar shading panels can be supplied in a polyester powder coated colour from the standard RAL or BS 4800 colour range alternatively PVF2, anodised or Syntha pulvin colours can be applied. 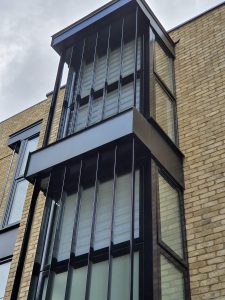 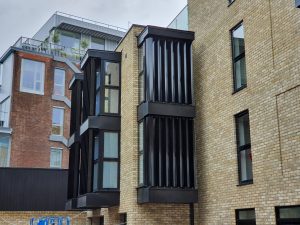 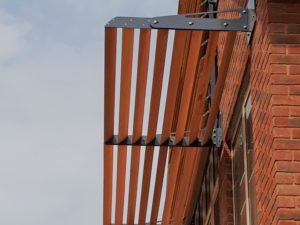 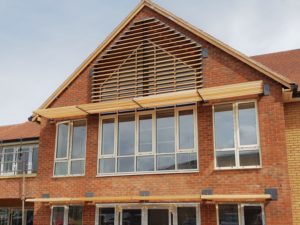 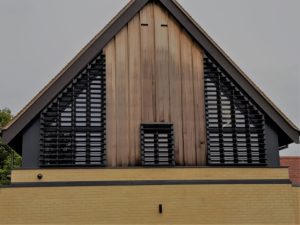 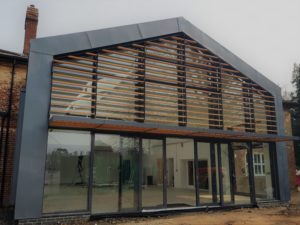 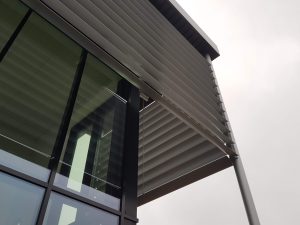 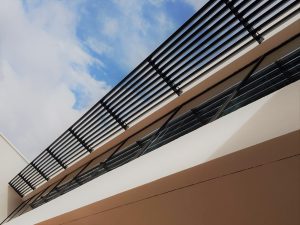 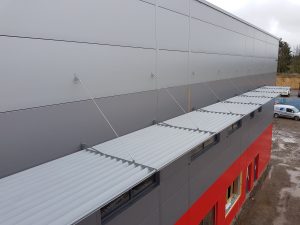 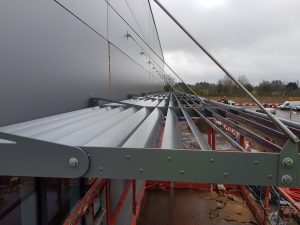 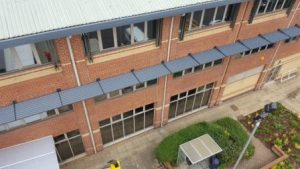 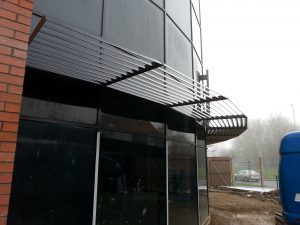